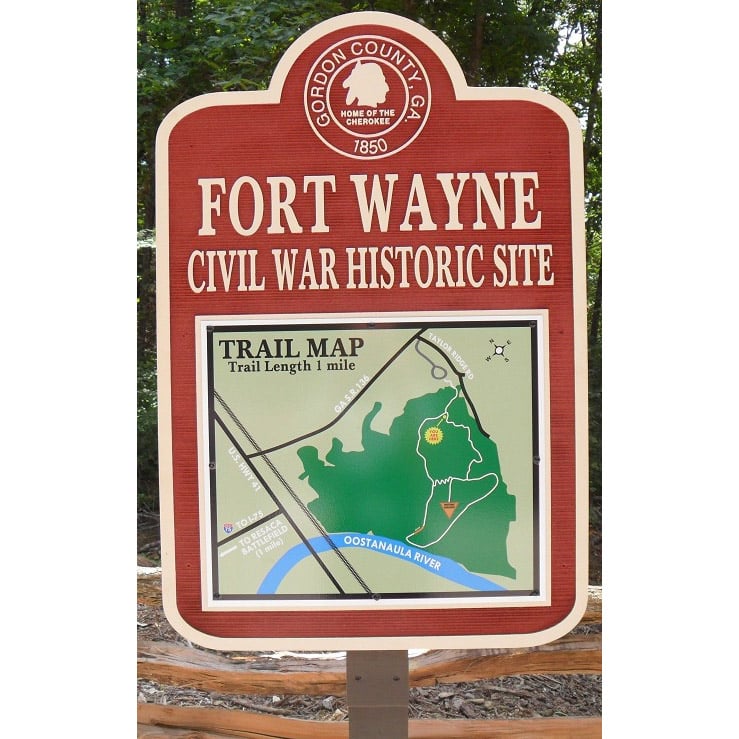 Fort Wayne features two well-preserved fortified areas used by both Confederate and Union forces during and after the Civil War. Visitors can walk the one mile trail to view the original parade grounds and entrenchments which are the last known constructed by the Georgia Militia. Confederates placed a light artillery battery on a hill overlooking the Oostanaula River that was used extensively during the Battle of Resaca. After the battle, Union forces occupied these fortifications to guard the Western & Atlantic Railroad bridge until after the war. Open daily dawn-dusk. Free admission. Pet friendly, leash required.